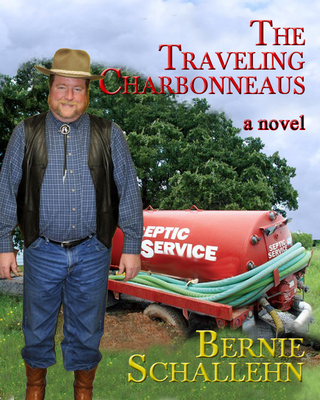 The Traveling Charbonneaus
Click here to order the Kindle eBook

At first glance, it appears as though we know exactly what Wendell Charbonneau wants.

Septic cleaner by day, country music troubadour by night, Wendell has spent the better part of his adult life dragging his ragtag family band into every beer-soaked dive and dump that would hire them. It’s crystal clear he’s in dogged pursuit of a neon rainbow with the pot of country music gold at the end. It’s also evident he’s not about to let anyone or anything stop him from winning his prize.

But his quest has been costly, exacting a number of pricey tolls. He’s banished a disloyal daughter, seen his simple-minded son duped into a cruel men’s room prank, and, later, done jail time for retribution against the bar owner who shamed his boy. His long-suffering wife pleads with him to quit the band business, abandon his narcissistic folly, but he’ll have none of it, and presses on concocting scheme after scheme for success and stardom.

“I’ve always wanted exposure,” Wendell tells the doctor, upon hearing his diagnosis, “but I’d never figured on that kind.”

A bleak prognosis forces him to take stock of the life he’s had, rather than the life he’d imagined. We learn his true motivation for musical stardom.

Wendell wanted to keep his family together. Simple as that.

“Us,” he tells his wife, “I wanted us to be famous, touring together, so we’d never be apart. Together… forever.”

Near the end, Wendell does come to honor his life, understanding that all the years he’d spent waiting to be discovered, the truth was he’d already been found…