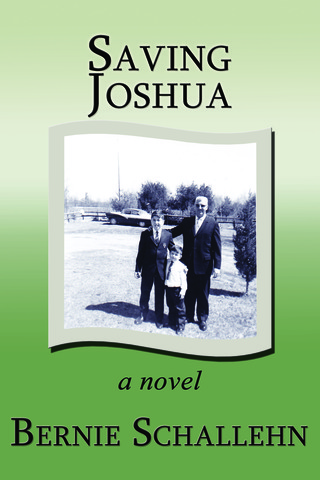 Are we placed on this earth with an intended purpose? And once we discover that purpose or mission, what might happen—if anything—should we turn away from our calling? Finally, does saving a loved one from a life he or she doesn’t want constitute an act of love?
These are the questions that are ultimately answered by the Wolfsons, Andy and Joshua, two Catholic siblings growing up in small town America.
Andy begins the story by telling us of a childhood incident when big brother Josh saved him from a cherry bomb errantly tossed into his stroller on July 4, 1956. Their father, so impressed with Josh’s heroics, recreates the scene and films the simulation in 8mm. The home movie is viewed with great reverence by the Wolfson family every July 4th for years to come. Clearly, Joshua’s quick thinking and actions saved Andy’s life.
As the boys grow into young men, Joshua’s calling is first to manifest itself. A gifted musician, he is most at home on stage with a stool and an acoustic guitar. Andy’s vocation comes to him after he interprets his role in a lurid high school activity gone horribly wrong—an accident which results in the facial scarring of a teenage girl—as God’s way of telling him to work with those who are wounded and in pain.
As Andy is in many ways a product of his Catholic upbringing, replete with a charismatic priest for a mentor, much of his interpretation of life events comes from a belief of what God has planned for him. Oftentimes, Andy’s thinking edges the magical and the mystical; some associations border on the bizarre and the reader begs the question, “Am I watching a young man’s ascent into enlightenment or descent into madness?”
Andy is a firm believer in staying true to one’s calling, so when Joshua strays—trading his acoustic for an electric guitar and forming a Glam-Rock band—the younger Wolfson grows angry and suspicious. Later, it is revealed that Joshua is indeed playing against type and using massive amounts of cocaine to muster courage for performances. Andy intervenes. Using the last of their parents’ inheritance, Andy buys his brother six weeks in rehab.
Joshua’s triumphant return to the stage as a solo artist is ruined by a relapse and a consequential cocaine-induced stroke which leaves his left side paralyzed. Realizing he’ll never play or sing again, never again be whole, he begs Andy to release him from his damaged human host. Andy wonders if—even though his brother is still a young man—Joshua may have fulfilled his destiny. Andy agonizes over his brother’s request for assisted suicide and attempts to seed hope within his brother. But Josh is relentless, and reminds his brother of the cherry bomb incident.
Joshua pleads, “I saved you, now you save me…from a life I don’t want.”
Will Andy acquiesce? Will he assist Josh in his desire to end his life? And if so, will Andy perceive himself as a murderer or one who has committed an act of pure love?