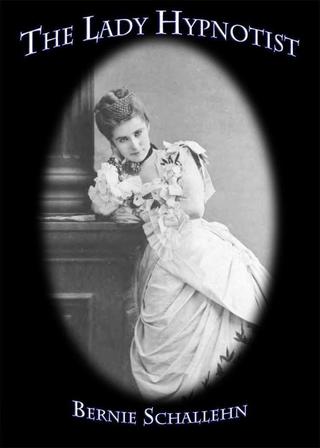 In the late 1880s, Professor Simone Joubert, hypnotist and clairvoyant, plays to astonished crowds in opera houses, auditoriums and theaters throughout New York and New England. On stage, in the land of make-believe, Simone is completely at home, completely at ease. She controls her universe.

She travels with a troupe of three. Cal Triller, a Civil War vet with a wooden leg and a long-standing opiate addiction, is her bodyguard and business manager. Marie LaLonde, a former prostitute, a young woman wise beyond her years, is her newest assistant. And Billy Barnwell, a brash youth who Joubert saved from a lifetime of mill work, has been in her employ for some time as her obedient on-stage subject.

Although Simone Joubert is a successful professional and quite self-sufficient, she suffers greatly from loneliness and longs for romantic love. However, a secretive private life, an aloof demeanor, and a crippling fear of unseen assassins prevents her from the possibility of finding a good man. Cal Triller harbors tender emotions for Simone, and desires to be more than just her employee, but he’s equally enamored with his laudanum drops and morphine injections. Marie LaLonde wants to distance herself from her former profession and hopes that someday she can apprentice with Professor Joubert. And Billy Barnwell, too, wants a life as a traveling hypnotist, but a chronic and misunderstood illness compromises his health.

Professor Joubert’s excellent reputation as a “curing hypnotist” (as well as a stage hypnotist) is well-known and she is hired, first, by Libbie Custer, the infamous general’s widow, and later, by Robert Louis Stevenson—the celebrated author. Simone is successful at healing them both.

However, when Cal Triller’s physical handicap prevents him from not completely protecting Simone from an attack by a religious zealot, Joubert becomes furious and accuses him of being derelict in his duties. A rift develops between the two; she purchases a pistol for additional security. Soon after the incident she is summoned to Saranac Lake, NY by Robert Louis Stevenson. She takes Billy—in his newly appointed role as assistant body guard—rather than Triller.

Simone is instantly smitten by the charming Stevenson and develops a school girl crush on him. Although married, he is a flirtatious man and toys with her heart. Many miles away, Cal Triller contends with an unplanned detoxification from his opiates. When Simone Joubert returns to the stage after her stint performing “curing hypnosis” with Stevenson—and a romantic rejection by him—her relationship with Triller begins to change in a very subtle, but positive way.

Changes in Billy Barnwell’s behaviors are not so subtle, as the progression of his disease causes him to act in erratic ways.

At a show in Upstate NY, an audience member calls out a name from Simone’s past which shakes her to the core. Will Simone Joubert remain in the safety of make-believe or come into the real world, face painful realities she’s been avoiding for years, and strike out in earnest in search of what she truly desires in life?